EDDIE PEAKE | CIRCA
Back to programme

While studying at the Royal Academy, Peake staged a naked five-a-side football match in Burlington Gardens where the two teams were differentiated only by their socks and trainers. As the work’s title suggests, Touch (2012) addressed the inherent tactility and homoerotic exhibitionism that comes with contact sports. For Peake, the work was “a joyous event”, but one that quickly became commonplace as the audience were habituated to the nudity of the players.

In DEM at Cell Project Space and Infinite Disparity, the ongoing performance within his inaugural exhibition at White Cube Bermondsey, Peake investigated the possibilities of performance within an exhibition structure. In DEM, audiences encountered an invigilator wearing a tiger’s costume, while at White Cube a male roller-skater wearing a sheer knitted jumpsuit glided languidly around the installation and viewers, pausing to commune with the other works. At White Cube, Peake experimented for the first time with devising a performance through public rehearsals in the gallery space over the duration of the show, explaining: “I want to focus on the process of devising a dramatic performance work, and the constant and jolting shift between reality and drama implicit in trying to do that in the context of an art gallery.”

In Peake’s acid-coloured spray paintings, sharp-lettered slogans created with masking tape emerge through layers of spray paint to reveal the work’s polished steel ground, mirroring the viewer. The words and images shaped from negative space are a metaphor for gaps in language – and it is in this space that the viewer finds themselves. This fascination with the ‘in-between’ or gaps in language comprehension is as much an important aspect of Peake’s practice as is body politics. The themes meet in his series of poster and panel compositions, which contrast black and white photographs of nude figures with vibrant panels spelling out tag lines that teasingly enhance the work’s erotic subject matter. The intimation of tactility is also visible in Peake’s Handschmeichler, (or ‘pleasing to the hand’) sculptures, combining highly polished and hand-crafted amorphous plaster blobs with concrete architectonic structures; biomorphic forms caressed by the surface of a hard edged abstract monolith.

By playing with the ambiguities of sexuality and gender categorisation, Peake’s work conveys the fluid boundaries of identity. The artist expanded this investigation via the introduction of a new persona – a powerful faun as seen in his neon sculpture The Baddest Badman (2013) – an alter-ego who will recur and evolve throughout his work. 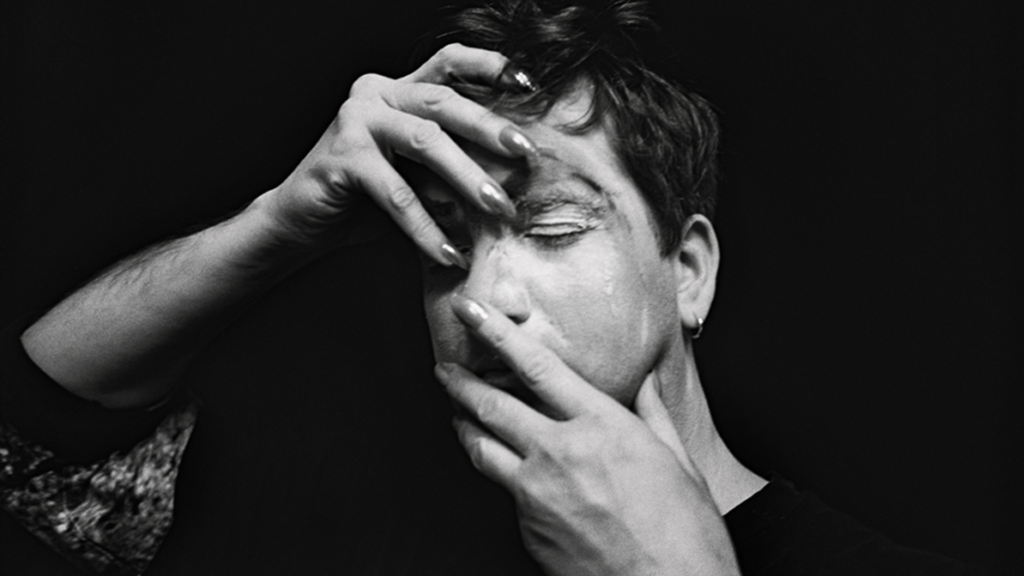